Chat with us, powered by LiveChat

Half the nation struggles to pay their bills

Over half of the nation are struggling to cope with their finances, with nine million more people experiencing financial difficulties than seven years ago says debt management company IVA-Advice.co. A new study by the Money Advice Service (MAS) into the state of the nations finances since 2006 has found a 17% increase in the number of adults having problems paying household bills. The ‘Financial Capability Of The UK’ report, which surveyed 5,000 people and followed 70 families for a year, found that some 56% of the population or 26 million people are now living on a financial knife’s edge. This is nine million more than when the research was performed seven years ago.

The report stated that there is “a general feeling that people worry about their ability to make it to the next pay day….and because of this, people are focusing more on the here and now than on planning for the future, including for unforeseen emergencies.” Poor financial skills and tight budgets as a result of the recession are believed to be part of the problem. For example a third of respondents did not understand inflation or what it could do to savings and 16% could not point out the correct balance on their bank statements. Worryingly, 12% of those surveyed thought the Bank of England base rate was over 10%, when in fact the nation is enjoying one of the lowest rates since records began of 0.5%.

However it is the pervasive feeling of “live for now” which has hindered people’s ability to prepare and save for their future the most. Just over a fifth of people surveyed said they would rather have £200 immediately than wait for £400 two months later, while 40% of those surveyed did not know how they would be able to meet an unexpected £300 bill. This ‘live for now’ attitude among a significant proportion of the population was confirmed by 25% would said they did not plan for tomorrow and preferred to live for today. Some 20% of the people surveyed claimed they would still go out for the evening whether they could afford to or not, while 17% claimed they purchased things they were not in a financial position to buy. However under a third of people surveyed had life assurance or paid into a pension, while household incomes have dropped 6% per hour in real terms over the same period and cost of living associated expenses have risen by 25%.

Caroline Rookes, Chief Executive of the MAS, said: “In theory, money management is easy – spend less than you earn and consider your future – but the difficulty comes when applying this to the real world.” A spokesperson for debt management company IVA Adviser said: “The research is beginning to show what we’ve long suspected – a significant proportion of the UK population has little financial knowledge and do not understand the steps necessary to live within their means and stay out of debt. This lack of knowledge is being passed on to the next generation, who are being brought up among ‘buy now, pay later’ attitudes that create a ‘live now, pay later’ culture. Many people who come to us for debt management solutions, such as IVAs or bankruptcy, had and often still do have little understanding of the pathway that repeatedly borrowing to fund their lifestyle would eventually lead them down.”

As a result of the findings, MAS is developing a strategy to raise the nation’s knowledge of personal finances, while the Government is putting plans into place to better educate the nation about money matters. From February 2014 all secondary schools in England will have to teach mandatory financial education to pupils, a move which can’t come soon enough for some debt help charities, who warn that young people are going out into the world with little idea of how to manage their finances. The charity Personal Finance Education Group found that nearly 13% of 14-25 year-olds do not even know what an overdraft is. 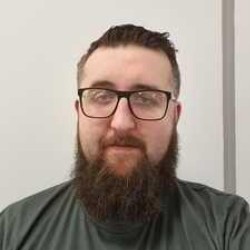 Thomas James
Senior Debt Specialist at IVA Advice
I am a Debt Specialist with over 10 years of experience working with FCA Regulated Finance Companies in the insurance, credit card, loan and debt industry.